The Bodmer Foundation’s collection of Early Modern English Books consists of 174 titles, printed in England, Scotland, Ireland, Wales, and British America, and English books printed elsewhere, dating from between the late fifteenth and the end of the seventeenth century. Particularly remarkable is the greatest set of early Shakespeare editions outside the English-speaking world, which has hitherto been little known.

Shakespeare in Geneva : Early Modern English Books (1475-1700) at the Martin Bodmer Foundation introduces and presents information about these 174 titles. While the introduction foregrounds the history and make-up of the Shakespeare collection, the catalogue pays close attention to all books in the collection by supplying a complete bibliographical profile, including physical descriptions, provenance, and annotations, for each copy.

Devani Singh is a postdoc at the University of Geneva and holds a Ph.D. in English from the
University of Cambridge. She has published on Chaucer’s Renaissance readership and is a specialist of the history of reading and the material text. 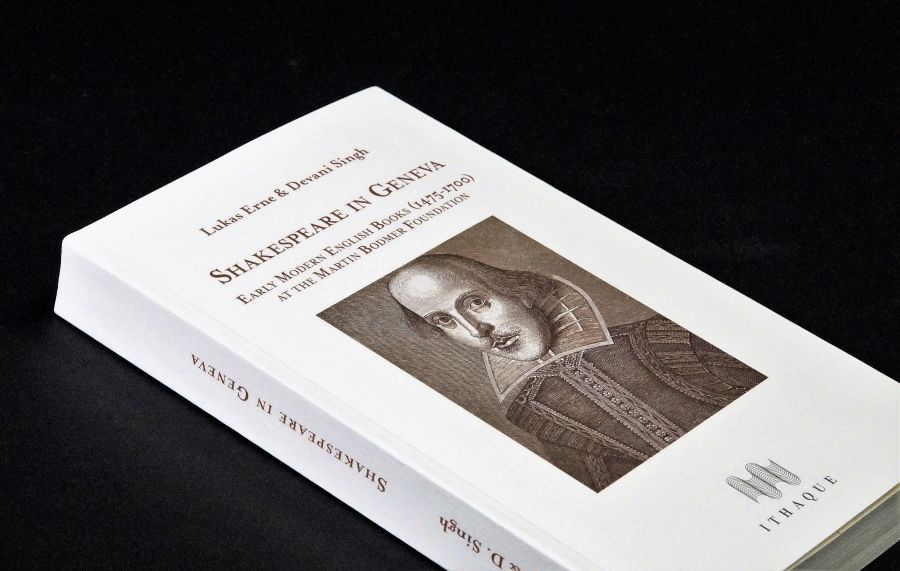